PGF CBD Cannabinoid Delight Capsules — This powerful capsule offers the synergistic effects of compounded cannabinoids The goal of these capsules is to accomplish what nature can’t.

For this capsule, we took 6 different hemp extracts that include crude oil, distillate oils, and isolated cannabinoids. The goal was to maintain the integrity of acidic forms that are commonly lost during the heat of extraction while building a perfect ratio of 15mg of four different cannabinoids.

Each capsule contains 60 total mg of cannabinoids with 15mg of the following: CBD, CBDa, CBG, CBGa as well as six additional trace cannabinoids. By using cutting-edge technology, we can build true full spectrum profiles while emphasizing specific ratios as desired.

Acidic Cannabinoids are the raw precursors to the cannabinoids most are more familiar with today. All cannabinoids start in their acidic versions. Though more difficult to produce, science is beginning to see real value in its presence.

Every cannabinoid starts as CBGa, which is why many refer to it as the “Grandmother Cannabinoid”. Throughout the plant’s development, it begins to transform into well over 100 different, unique cannabinoids. CBDa is the precursor to the familiar CBD but has its own value as well.

Combining these acidic cannabinoids back with nonacidic forms creates a unique profile with intriguing benefits.

Notably, we require an average of four to six weeks lead time to produce and deliver all PGF CBD products.

Would you like to add Cannabinoid Delight Capsules to your product line? Contact us to get started!

There are no reviews yet. 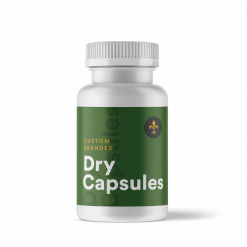